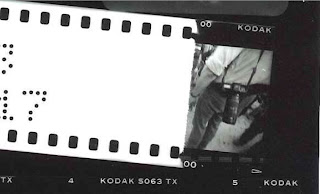 "The rule of thumb for this sort of anti-photojournalism: no flash, no telephoto zoom lens, no gas mask, no auto-focus, no press pass and no pressure to grab at all costs the one defining image of dramatic violence. "
- Allan Sekula, "Waiting for Tear Gas," 1999

We are now witnessing a radical transformation in photojournalistic practices, and more generally in the way cameras record and make news. This has very little to do with the so-called 'death of photojournalism' -- a rumor which we have no interest in confirming or denying. We are interested instead in critical and alternative accounts of the institution and practice of photojournalism. Artists, reporters, citizens, scholars, activists and archivists are doing exciting things that link the image to political and social struggles, often in unexpected ways. Their work is interesting in its own right, and for the deeper questions it often raises about the fundamental concepts of photojournalism. What are evidence, access, coverage, reporting, bearing witness, and how are these practices in their hegemonic form increasingly fragile and open to reconsideration? What has actually become of photojournalism today, and how does it stand in sharp contrast to the traditional forms of the practice? The exhibition examines some answers to these questions in a genealogy of contemporary antiphotojournalism, from the 1960s to the present.

The show includes the following work:

Paul Lowe, "Fellow Travellers: The Media in Bosnia," 1993-94, assembles a series of photographs from Bosnia chronicling the work of other journalists reporting on the conflict, and reflecting on the construction of events and necessity of being there.

Phil Collins, "How to Make a Refugee," 1999, is a videotape of a press conference, just across the border from Kosovo in Macedonia, in which two Kosovar refugee families are presented to the international media.

Gilles Peress, "The Long Arm of Justice," 1999-2010, tracks the destruction of the village of Cuska in Kosovo by Serbian militias in 1999 and the investigation -- in which photography played a leading role -- which followed, as little by little those charged with the crime have been brought to justice.

Gilles Saussier, "Le tableau de chasse," 2004, offers a reflection on the photographer's coverage of the Romanian uprising against Ceausescu in 1989 and of the odd trajectory of an iconic image.

Paul Fusco, "RFK Funeral Train," 1968, is a selection from a series of some 2,000 slides chronicling the reactions of mourners to the passage of the funeral train of assassinated American Presidential candidate Robert F. Kennedy, as it traveled from the funeral in New York City to the burial in Washington DC.

Laura Kurgan, "Shades of Green," 2010, uses high-resolution satellite imagery of endangered rain forests in Indonesia and Brazil, identified in collaboration with environmental NGOs, to experiment with color and monitor a variety of activities, legal and illegal, that result in deforestation.

Oliver Chanarin and Adam Broomberg, "The Day Nobody Died," 2008, is the record -- on 50m of photo paper, exposed in parts for two seconds at a time -- of the photographers' eight days embedded with the British Army in Helmand Province, Afghanistan.

Clemente Bernad, "Crónicas vascas [Basque Chronicles]," 2007, documents the reactions of the press and public to an exhibition of the photographer's work on political violence in the Basque region of Spain.

Allan Sekula, "Prayer for the Americans," 1999-2004, is a photographic record of a pilgrimage to the hometown of Mark Twain, "America's original anti-imperialist, conveniently mis-remembered as a 'humorist' and chronicler of lost boyhood."

Hito Steyerl, "Red Alert, 2007," is a video echo of Rodchenko's monochromes and portrays, with a red derived from the official palate of the American Department of Homeland Security, "the color of contemporary fear itself."

Goran Galic and Gian-Reto Gredig, "Photographers in Conflict," 2007, offers portraits of and videotaped testimonies from a series of photojournalists working in zones of conflict or disaster.

Renzo Martens, "Episode III: Enjoy Poverty," 2009, is a film in which the filmmaker explores, firsthand, the political economy of images of conflict and poverty in the Democratic Republic of the Congo, and the complexities of humanitarian assistance.

Mauro Andrizzi, "Iraqi Short Films," 2008, is a compilation of short films, mostly shot on mobile phones, by participants and onlookers, fighters and citizens, from many sides in the Iraq War.

Walid Raad, "We Decided To Let Them Say 'We Are Convinced' Twice. It Was More Convincing This Way," 1982-2007, is a series of photographs from the Israeli invasion of Beirut in 1982, rediscovered years later in deteriorating condition, presented as evidence of a desire "to get as close as possible to the events, or as close as my newly acquired telephoto lens permitted me that summer."

Ministry of Public Works and Housing, Gaza Strip (Palestine), "The Destruction of Destruction," edited by Eyal Weizman with Yazan Khalili and Tony Chakar, presents excerpts from a vast photographic catalogue and database of buildings destroyed and damaged in Israel's winter 2008-09 attacks.

Ariella Azoulay (curator), "Acts of State, 1967-2007," 2009, offers a photographed history of the Israeli occupation of the Palestinian Territories, taking as its point of departure the photographs themselves, 730 of them.

Susan Meiselas, "Kurdistan" 1992 - , is a massive collection of photographs, objects, and videotapes from Kurdistan and the Kurdish diaspora, exploring the Kurdish encounter with the West and the evidence, much of it visual, which has resulted.

"Online Broadcast: Tehran from the Bridges to Rooftops", 2009-10, compiled by Sohrab Mohebbi, explores the way Tehran opened itself to cameras in the daily and nightly protests that followed the disputed June 2009 elections, through citizen-made online videos and interactive maps.

Harun Farocki, "Inextinguishable Fire," 1969, is a film that explores the intimacy of consumer goods and military technology through the editing and analysis of found footage, iconic and otherwise, on the use of napalm in the Vietnam War.

Robbie Wright and Shane McDonald, Crewhouse TV, "Crazy," 1993, and "These are our lives," 1994, and Jonathan Cavender, "Final Countdown" and "Highway to to the Danger Zone," 1993, are music videos cut by television cameramen during downtime while covering conflicts in Bosnia and Somalia.

The exhibition also includes a public film series and a number of additional works in the documentation room.
Posted by TK at 9:25 AM